What are Rewarded Videos?

Rewarded Videos allow players to choose to watch a video ad in exchange for a certain benefit in a game. They are meant to enhance the player experience, and should never block content of the core gameplay.

Disclaimer: Prioritize fun! If players aren’t engaged with your game, the different Rewarded Video options won’t make a big difference. We know that games with a higher engagement also get more clicks on Rewarded Videos 📈.

We are currently running a research project on how different Rewarded Video options perform on Poki.

If you would like to participate, get some more insights on your game’s performance, and support learnings that will help all of your fellow devs - send us a message to berta@poki.com or Berta#0472 on Discord ✉️

In order to better understand how games could benefit from Rewarded Videos, we have divided them into several categories.

Keep in mind that the examples below are some of the most used options, which doesn’t mean you should stop experimenting or come up with brand new cool ideas! 💪

Rewarded Videos can be helpful when trying to balance difficulty in a game (which plays a big part in engagement), since it provides players with alternative ways to reach their goals.

While all games should be accessible and easy to understand, offering a helping hand to those players who are struggling will help reduce the number of drop-offs.

Both Rewarded Videos and in-game economy systems (coins, points, keys, tokens…) often coexist within the same game. In a lot of cases the content available through rewarded videos can also be available through the game’s internal economy.

Letting users decide if they want to get a reward using the coins they have collected by playing, or if they prefer to watch a video, is a good strategy to keep a balance between different game mechanics.

Giving players the opportunity to customize aspects of the game helps them create a bigger sense of ownership, investment, and connection to it. Unlocking a collection of items also serves as a new goal for players, and makes the game more re-playable.

Cosmetics: Watch a Rewarded Video to get one or more cosmetic aspects for your character/weapon. This can be done through a direct unlock (1 video = 1 reward), or in a progressive way (several videos = 1 reward). 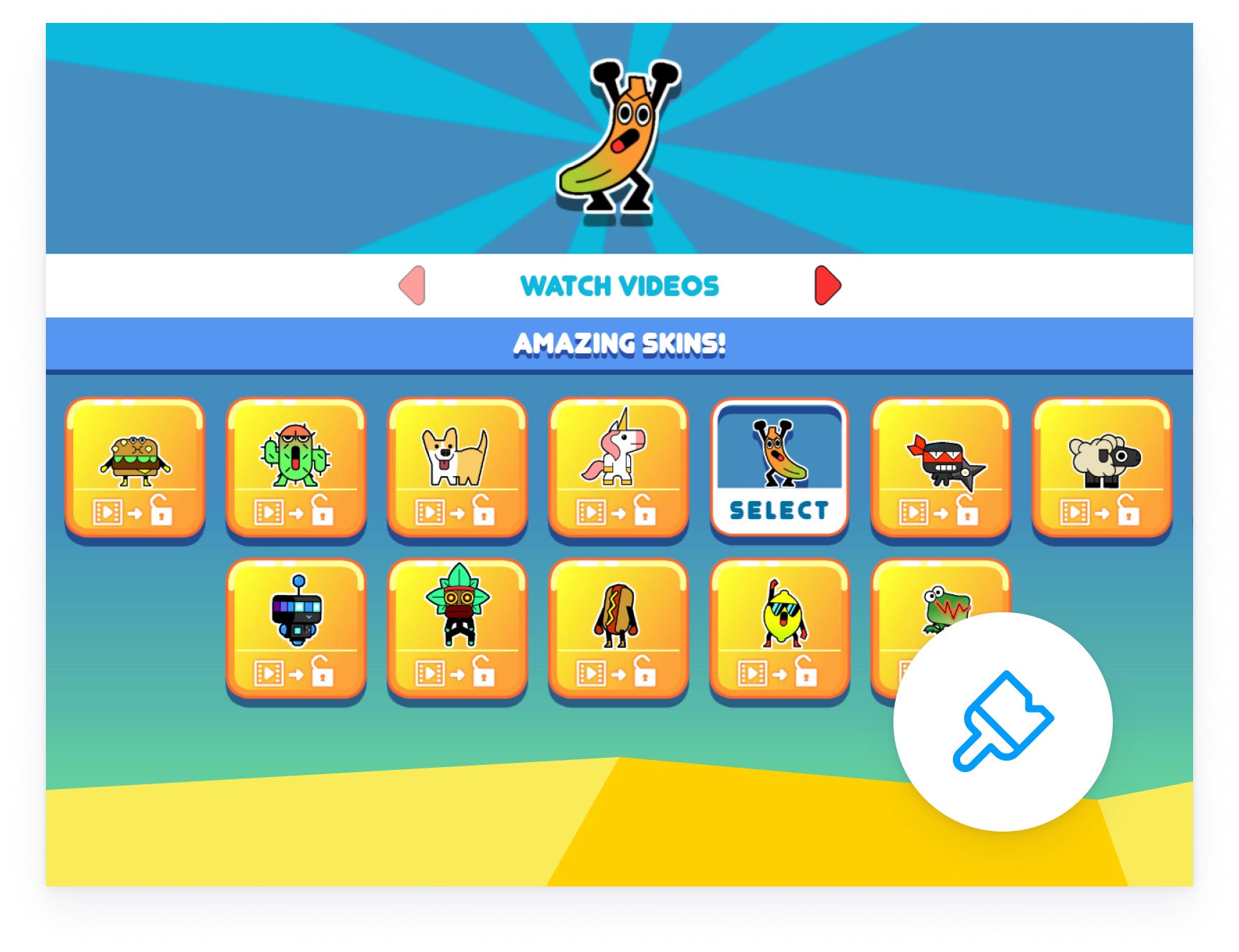 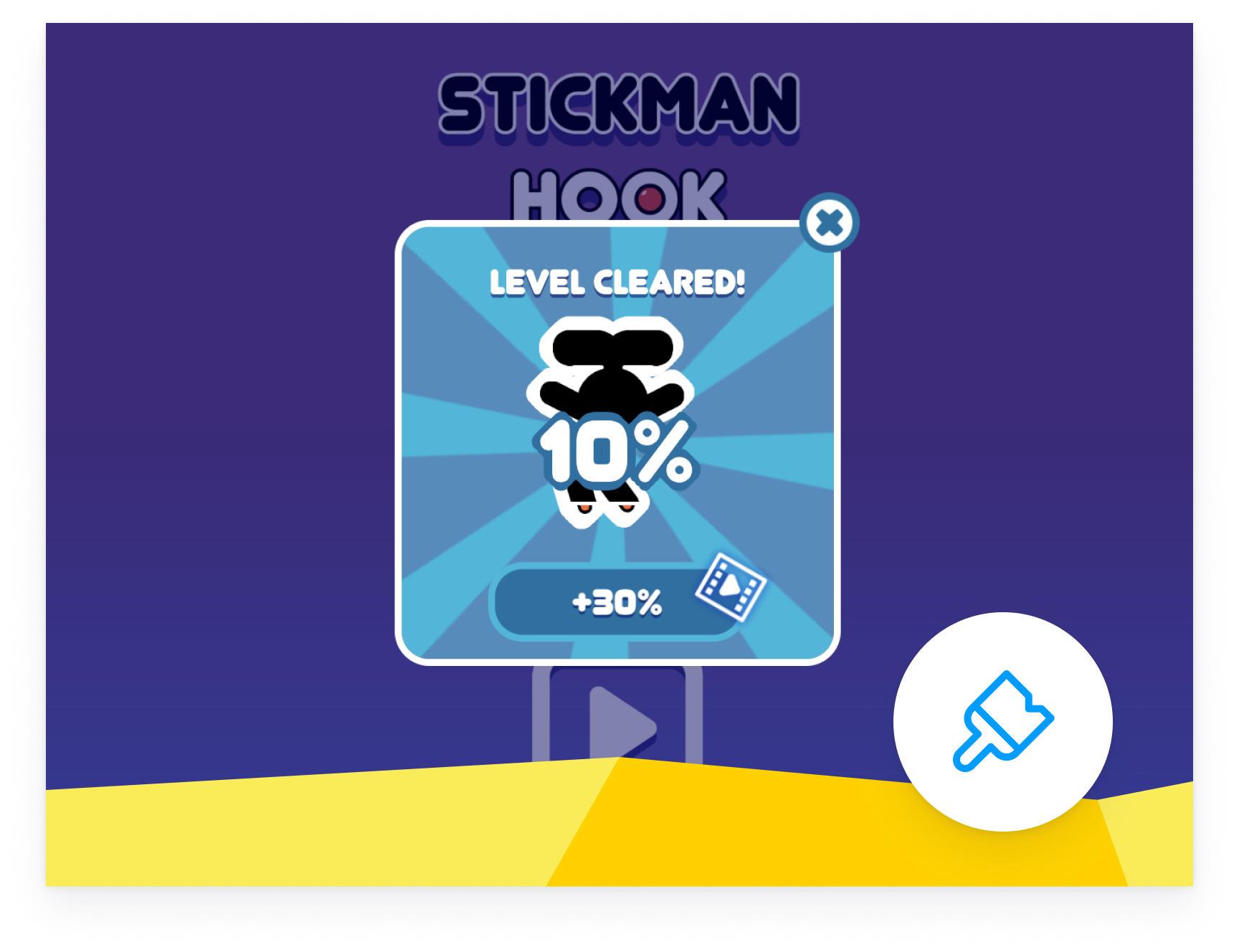